​We moved to Hanover in September, 2012.  In search of a new church, we looked all over the place and attended many services, but nothing seemed to click.  We were looking for a small church that was welcoming to our whole family, especially our children.  One Sunday morning we decided to attend the 8AM service at St. Paul’s Church.  From the moment we stepped foot in the church, we felt at home.  While saying Peace, everyone in the church came over to shake our hands and welcome our family.  Unlike the other churches we had visited, they loved having the children in the service.  We knew that Sunday that we had finally found our Church family. 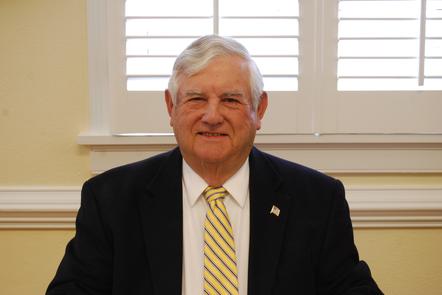 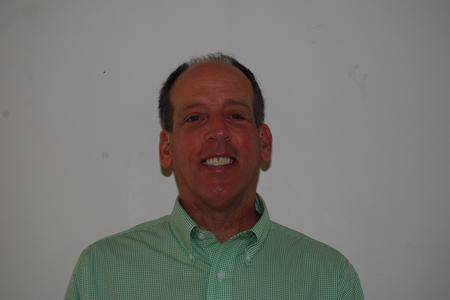 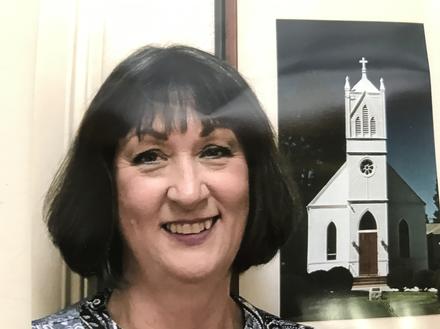 ​Anne Holliday has been a member of St. Paul's since 1990, when she married her husband, Jay Moody in the church. She spent 17 years as a Sunday School teacher as her 2 children, John and Courtney, attended church and Sunday School. Both of her children are now grown and have been successfully launched from the nest. She has served one term as a Vestry member from 2014-2016. She is active in many fundraising efforts for the support of St. Paul's, including being an integral part of the bi annual Dinner Auction. She has served on the Flower Guild since its inception. She began serving as a LEM at the 8 am service last year.
Anne is an Occupational Therapist, working in home health care, proving care to home-bound patients in their homes. She has a special interest and certification in Dementia Care. In the winters, she is an adaptive ski instructor with Wintergreen Adaptive Sports, and in the summer, she and Jay enjoy time with friends at the river on their boat.
She is excited by the opportunity to serve St. Paul's on the vestry again.

Norman was confirmed in the Episcopal Church in January 1982 at St. Martin’s, Doswell, Va. He moved his membership to St. Paul’s, Hanover in the fall of 1986.  Norman has been an active member of St. Paul’s for 31 years.  During which he served on the Vestry twice, was Jr. Warden for two years in his second term and was instrumental in building the lower parking lot at St. Paul’s. Norman’s specialty has always been cooking for fundraisers such as our annual Parish Retreat at Shrine Mont, outreach and our youth group mission trips. His specially is cooking Brunswick stew but he enjoys cooking chili and spaghetti dinners for fund raisers and for the Altar Guild monthly Ruritan dinners.

Kevin grew up in the Baptist church where he accepted Jesus Christ as his Lord and Savior as a teen. He served in church leadership roles including Director of Sunday School at Abbs Valley Baptist Church before leaving to attend Bluefield College. Upon moving to the Hanover area in 2002, Kevin and his wife Michelle began attending St. Paul's and soon after became members. Kevin was confirmed at St. Paul's where he and Michelle along with their three children Morgan, Adam, and Abby are active in all aspects of parish life. Kevin is a current member of the finance committee, a member of the AV committee, co-founder and auctioneer of the St. Paul's Church auction, and a volunteer for the Hanover Christian Firewood Ministry. Kevin is employed by Philips as a medical device sales representative and runs a fundraising consulting and auction business. In his spare time, Kevin's interests include studying personal finance, hunting, fishing, and hiking.

Steve was raised in a catholic family where he was baptized, confirmed and married. In the search for a new church, and after lots of prayers, God led us to the Episcopal Church which opened our hearts and minds to God.  Then in the spring of 2016, a friend from Covenant Woods told us about St Paul’s.  We realized immediately that: St Paul’s Church, the community, the wonderful word that we were hearing, was where God meant us to be.  We became a “communicant in good standing” and attended Adult Sunday School, Shrine Mont in 2016 and joined the Bible Study Group.  God answered our prayers and we were Received into the church on December 12th of this year.

​Andrea and her family have attended St. Paul’s church for many years in which time she has volunteered in many aspects of church life.  She has taught various levels of Sunday school for the past 13 years and has served on two previous sessions of St. Paul’s vestry.  Over the years her main focus has been working with the children of St. Paul’s and more recently the youth.  She has been a chaperone on their annual mission trip twice and is currently an adult advisor for St. Paul’s youth group.  In addition to volunteering with the youth, she has been St. Paul’s lay delegate for the annual council meeting. 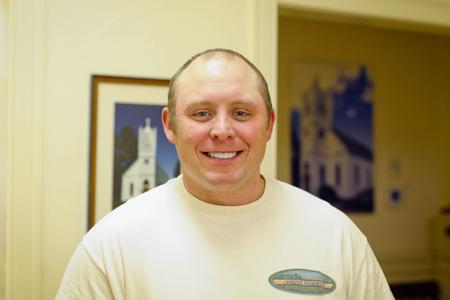 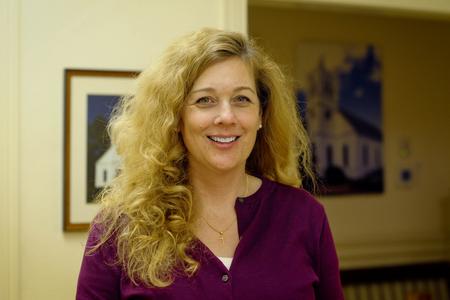 Scott is a lifelong member of St. Paul's Church and lives in the Hanover Courthouse community. He and Wendy were married at St. Paul's 37 years ago and have three grown children and four grandchildren. He has served on St. Paul's vestry five previous times in various roles including finance chair and senior warden. Scott has been the Commissioner of Revenue for Hanover County for the past 19 years and has a Bachelor's Degree in Psychology and a Master's Degree in Public Administration. He and Wendy generally attend the later service.​

​​​I am a lifelong member of St. Paul’s.   I am 34 years old and I live in Mechanicsville with my wife Amanda and son Thomas.  I am currently employed by  Hanover county Public Utilities.  I have had the pleasure of serving St. Paul’s in several capacities over the years.  I’ve been an acolyte, lay reader, served on the board for Hanover Christian Firewood Ministry, and St. Paul’s Vestry 2016-2018 including one year as Junior Warden.  I generally attend the later service but have been known to show up at the 8:00 service too.  I have several hobbies which include gardening, woodworking, and saltwater fishing. 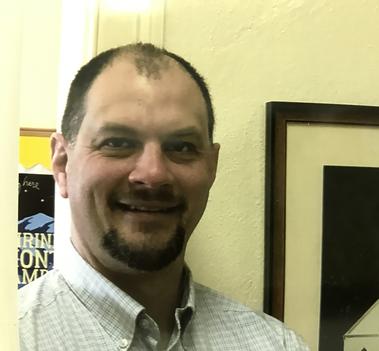 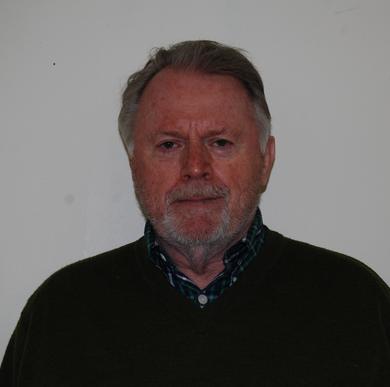 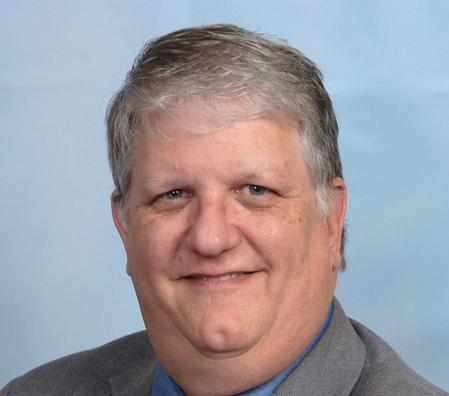 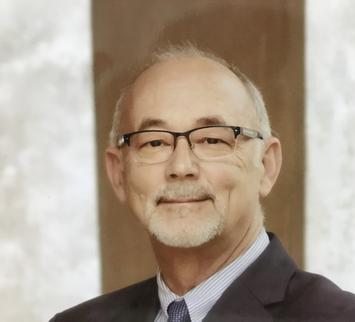 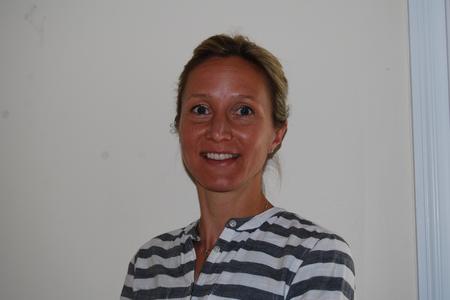 Nolan grew up in the Catholic church, attending Catholic school in Mobile, Alabama through eighth grade.  He became an Episcopalian just after graduating college in 1983 by being received into the communion at St. Paul's in Mobile.  He has lived in and been a member of Episcopal churches in Birmingham, Alabama, Jacksonville, Florida, Germantown, Tennessee and Hanover County.  He spent 17 years as an active member of Episcopal Church of the Creator in Mechanicsville, including serving on the vestry there for six years, five as senior warden.  During his life in the church Nolan has served as vestryman, warden, Sunday School teacher, children's church leader, lector, Lay Eucharist Minister, hospitality director, service coordinator, choir member and usher.  Nolan came to St. Paul's during Advent in 2017 and became very active in a short time.  He has co-led the Confirmation class with Rev. Newlun, led the children's program last lent, serves on the outreach committee, helps with the Mo Hope Breakfast, sings in the choir, and serves as lector and L.E.M.
Nolan lives with his wife and two children in Milestone.  He works for Conduent Corporation (formerly part of Xerox) as a Project Manager. His wife, Tina Fix, works for Hanover County Schools.  His son, Evan is 22 and his daughter, Dana, is 19.

Hi, my name is Joe Ransone. I was baptized in the Catholic church and attended Our Lady of Lourdes Catholic church in Henrico County attending Sunday school and the youth ministry through high school. My family and I came to be at St Paul's because we were looking for a church where we could get to know the congregation and be more involved. We have been attending St Paul's for 7 years. I remember how we were welcomed and greeted so nicely, something I love about St Paul's.  Since coming to St Paul's I have been involved in one of St Paul's outreach programs, the Hanover Christian Firewood Ministry.